The solution enables reduction of pollution impacts by continuously detecting sources of pollution across the city. It can pin-point the location of illicit connections and automatically identify pollution events using distributed predictive analytics, cloud transmission and visualisation. In parallel, Berliner Wasserbetriebe (BWB) will test a sensor system based on electrical conductivity (EC). Wastewater contamination in storm water causes a concentration shift of dissolved ions, which is directly measurable by electric conductivity.

The Smart Unit by KANDO is a new service for screening of illicit connections hotspots relying on real-time monitoring in stormwater network and predictive analytics.

It integrates robust IoT sensor information on wastewater quality with a software solution and GIS data to track the contamination source. The cloud-based dashboard provides an interactive overview of the network situation and allows the utility to pin-point the location of illicit connections. It sends push notification alerts to track pollution events in real-time.

The Smart Units by KANDO and the EC sensors by BWB are demonstrated in Berlin in a separate sewer system catchment located in the central-western part of the city. The catchment has an area of 220 ha, a sewer length of 39 km, around 800 manholes and approximately 1,500 house connections. The settlement structure with 27,000 inhabitants shows a variety in population density and land use.

The solution acts as a hotspot screening method for identifying a part of a catchment with a high indication for illicit connection. Starting at the outlets, sensors can be iteratively re-located upstream until a hotspot is localised. As a second step, digital temperature sensing (DTS, digital solution 8) will be applied to all sewers within a hotspot region to identify the exact location(s) of illicit connections.

The Smart Unit solution is already successfully deployed for tracking industrial discharges and is being tested for the first time to identify illicit connections. 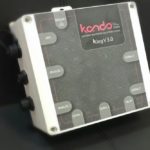 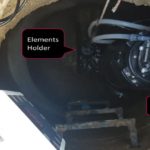 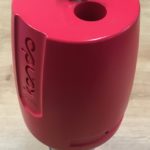