Distributed temperature sensing (DTS) is a technique used to detect and locate illegal connections and extraneous inflows in sewer systems. It does this by using fibre-optic cables as very large temperature sensors.

These cables are installed in the sewer system and can each be several kilometres long. The DTS unit (laser/computer instrument) sends pulsed laser light into the fibre-optic cable and processes the reflected signals into temperature values. Temperature readings are typically obtained every 30 seconds for every 50 cm of cable. A common four-week campaign using 5 km of cable generates approximately 1010 (!) individual temperature readings. The abundance of data allows a very detailed assessment of the in-sewer processes that influence in-sewer temperatures, including illicit connections, infiltration and illicit industrial discharges.

DTS is the only available technology that yields temperature readings with high spatial and temporal resolutions over a prolonged period of time (weeks) and with high precision. It allows a detailed view of all temperature-related processes inside an underground infrastructure, which are otherwise impossible to observe.

The solution is being demonstrated in Berlin in a separate sewer system catchment located in the central-western part of the city. The catchment has an area of 220 ha, a sewer length of 39 km, around 800 manholes and approximately 1,500 house connections. The settlement structure with 27,000 inhabitants shows a variety in population density and land use. DTS will be applied in a ‘hotspot’ zone within the catchment. 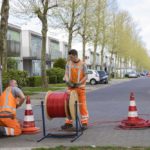 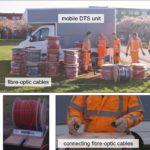 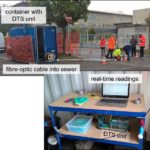 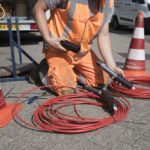 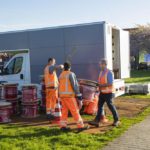